Wouldn't it be great to be able to sound like Spongebob Squarepants whenever you wanted to? Can you imagine pranking your friends or relatives and making them think that Spongebob is on the other end of the line? It would surely lead to a bag of laughs!

Here at Celebrity Voice Changer, we have set about recreating Spongebob Squarepant's iconic voice perfectly. Because of Spongebob's unique voice it was not easy to manage this. We are very proud of the Spongebob voice changer we created and invite you to test it! 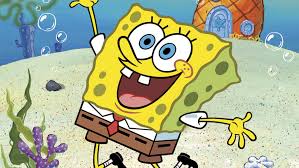 Spongebob and his friends have been living in the city of Bikini Bottom since 1999 and we have all been following their amusing lives since then, and still do today! Created in 1999 by Stephen Hillenburg for Nickelodeon the character is loved by millions of people the world over. Stephen Hillenburg is an animator and marine biologist by trade and got his inspiration to create the character from here.

Not just an Spongebob Voice Changer - Voice Modulator too

You can call your friends and invite them to go to the Krusty Krab with you for a drink!

Spongebob is the best known resident of Bikini Bottom and has many great friends who share his adventurous life with him. Spongebob's is voiced by American actor and voice artist, Tom Kenny. Using a sample of this voice we were able to recreate Spongebob's voice in high quality detail to use on our app. There are endless ways to have fun with our recreation of Spongebob's voice and it will keep you entertained and laughing for hours on end.

Stephen Hillenburg created the character to celebrate his fascination with the ocean and teach others about the many interesting facts that the ocean has to share. Come on, download our Spongebob voice changer today and experience the joy of Spongebob for yourself.