William Jefferson Clinton popularly known as Bill Clinton served as the 42nd POTUS from 1993 up until 2001. He was born and raised in Arkansas where he grew up to become governor of the state. He played a massive role in politics and charity work where he was known to champion reforms and quality education.

In his life, Bill has received many accolades for his great political and philanthropic works. He even received the highest honor awarded to U.S. civilians, the Presidential Medal of Freedom in 2013. President Bill’s eloquence and one-of-a-kind voice is part of why people love him. If his speeches are anything to go by, we cannot fail to mention the scandals and the voices of defense that followed.

It is now actually possible to be “Bill”!
We have taken this opportunity to give you the chance to play Bill using our voice changer app. Our experts have come up with exact Bill Clinton’s impersonation voice including other celebrities. Call a friend and pretend to be Bill and let her know you are the president searching for Monica’s number – the voice will be accurate. She’ll probably believe it’s the real Bill. 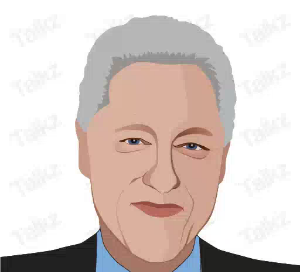