American stand-up comedian, Emmy winning game show host, producer, radio personality, author and actor - Steve Harvey has clearly donned a lot of hats in his 30 years old career in Hollywood. You’d know Steve Harvey best from his wildly popular TV Show - Celebrity Family Feud, where he invited renowned celebrities with their families, to compete against each other, to win the prize money set aside for their respective charities.

He is not only recognized for his amused yet funny reactions, his sharp suits, and moustache, but also by his iconic voice that’s difficult to replicate. However, after spending a lot of time on careful examination of audio acoustics, and attention to detail, we can come up with the Steve Harvey Voice Changer.

Just tap on the mic, change your voice to Steve Harvey’s, and have fun messing around with your new modified voice. Whether you have a penchant of playing pranks on your friends, siblings, and parents, or simply need something entertaining to pass time - open the Celebrity Voice Changer and explore the endless possibilities. If you’re over Steve Harvey, you can go ahead and pick from a selection of plenty of other celebrities and public personalities. So, what are you waiting for? Experience the brilliance of Voice Changer today! 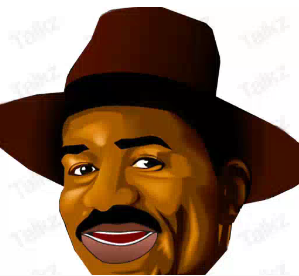