Depicted as a living skeleton with a black cloth and a scythe, Grim Reaper is the one who collects the soul of a person, when its times comes. Grim Reaper looks like a terrifying character and many people are wearing his costume on Halloween. In modern culture, there are many myths surrounding him and people are always scaring themselves with frightful stories about the guy with the scythe and how he’s going to come and collect their souls. It’s enough to tell stories about Grim Reaper to scare people so think how it would be if someone would be hearing his voice?

Well, thanks to our new feature from our Celebrity Voice Changer app you can, and you can play with the voice of Grim Reaper for as long as you want. Thanks to the AI technology, we’ve managed to make the voice as authentic as possible and even if none of us actually heard the real Grim Reaper talking, we are pretty sure that this is how he would sound like.

With the Grim Reaper’s voice you can make this sinister character say whatever you want, and you can have a lot of fun playing with this feature, even if you are bored or if you want to pull a prank on someone. Imagine how it would be to call your best friend in the middle of the night with a hidden number and saying with Reaper’s voice: “Jimmy, I’m coming for you!” We honestly don’t know how he would be reacting but most certainly, he will be extremely scared and you will be extremely amused. You have plenty of ways to scare your friends and to have fun showing them how you managed to reproduce Grim Reaper’s voice.

Try the Grim Reaper’s voice right new and search our Celebrity Voice Changer collection for more celebrity voices, which will surely give you a great time. 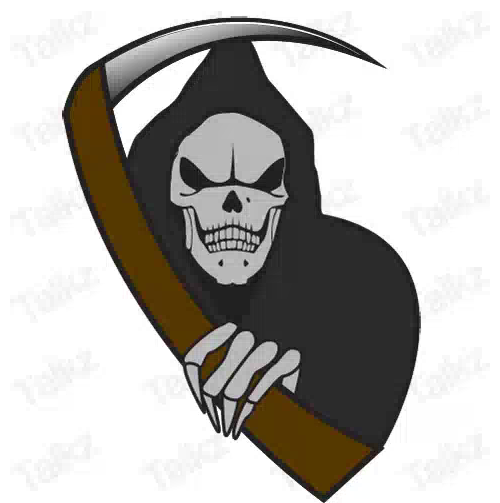