Lawyer, Mother, First Lady of the United States, Senator, Secretary of State, presidential candidate and now an author. Hillary Clinton has really done it all. She is an inspiration to women all over the world and she almost became America's first female President. While some admire her for her ambition, devotion and hard work, there are others who question many of the decisions she has taken over the years. Whichever side you are on, it is undeniable that she definitely made a huge impact on the American politics. You can definitely recognize her voice anywhere.

Hillary Clinton has a unique voice which is not very easy to reproduce. However, after making many adjustments and paying close attention to many details, we have been able to reproduce her voice and it is available in the collection of voices in our app.

With the help of our voice changing app, you can hear Hillary Clinton say whatever you want her to say. It is a great way to prank your family and friends. Call them up and say you are Hillary and you want to talk to them about certain foreign policy decisions. Or call up a friend in Hillary's voice and tell them their emails have been leaked. It will give them a scare and both of you will definitely laugh about for many years to come. Too much of a good thing can also bore you. If you have had too much of Hillary Clinton, you can choose to be any other celebrity from the wide variety of celebrity voices available in the app. SO what are you waiting for? Download our app and have a great time! 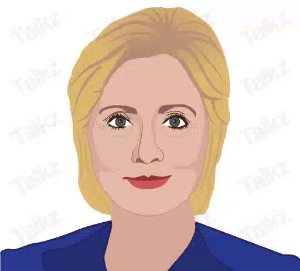