Businessman, TV star and now the President of the United States. It seems like Donald Trump accomplished everything he ever wished for, due to his ambition, perseverance and why not, a little luck. When it comes to Donald Trump, people have mixed opinions about him. Some think that he is the savior of the United States while some consider him the worst president that USA ever had. Still, if there’s anything that we can all agree upon, is the fact that Trump has an unmistakable voice and from the moment you hear him talking you will immediately know that it’s him.

Because Donald Trump has such a unique voice, it was very complicated for us to reproduce it and to include it into our app. Still, after many adjustments and a high attention to details, we managed to accurately reproduce it and to put it into our voice collection. Now, you have the opportunity of making Donald Trump say whatever you want, through our ingenious voice changing app. 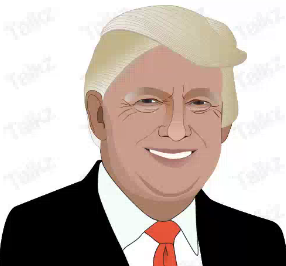