The supreme leader of North Korea, the unflinching Kim Jung-un is a veritable political powerhouse with a global presence. His rise to prominence was set in the stars. Being the only child of the former Supreme leader of North Korean, Kim Jong-il, Kim was destined to rise to the most powerful seat in the country. Kim’s leadership can at best be said to be controversial. The North Korean’s adore him to the point of promoting him into a cult hero. Others, however, paint Kim as a tyrant and a dictator. However, what we can all agree on is the fact that Kim has a commanding voice worthy of his position that cannot be mistaken for another person.

Because of Kim Jong-un’s unique voice, it took a lot of effort from our tech team to reproduce it and offer it in our app. However, we overcame the complexity and developed an accurate reproduction of Kim’s voice so that you can make the Supreme leader of North Korea say whatever you want with our ingenious voice changer app.

The Kim Jong-un voice changer app lets you record yourself with Kim’s voice. You can prank your friends by making them believe they are getting a call from Kim Jong-un. Our app gives you the best Kim Jong-un impersonation as well as other celebrity voice change options. 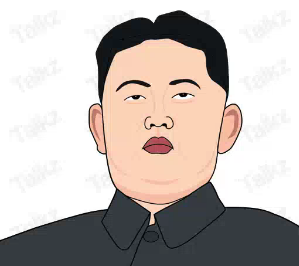