Known from the movie with the same name, the Godfather has always been the most notable character in the show business and a very strong figure. In the movie, Vito Corleone is a respectable figure, and whomever doesn’t respects him fears him. He is known to make favors to his friends but he will be ruthless when somebody crosses him. His family is extremely valuable for him and he always tries to keep his kids and his wife away from the “business”. The Godfather managed to build a whole empire by himself, not by fear, but with an admirable cleverness and respect that he’ve shown to others.

Besides being the boss of one of the biggest “families” in America, the Godfather has one more quality, his voice. Not even Marlon Brando, the actor who played the role of Vito Corleone couldn’t reproduce the voice of the Godfather as he did it in the movie. That deep voice, which sounds calm but terrifying in the same place, that makes you feel secure but threatened in the same time, it’s almost impossible to be accurately reproduced.

However, with the help of AI technology, our team managed to do this as well. Now, with the newest feature of our Celebrity Voice Changer, you will have the unique chance of making the Godfather - Vito Corleone say whatever you want. It would be extremely funny to call your best friend and say in the Godfather’s voice: “Hey Tommy, if you don’t give me my jacket back, I’ll make you an offer that you can’t refuse!” After you’ll tell him what happened, you will both have a good laugh about and perhaps, you will prank more of your friends with it.

Use your imagination and try the Godfather’s voice right now or choose from the multitude of celebrity voices, from our Celebrity Voice Changer app. 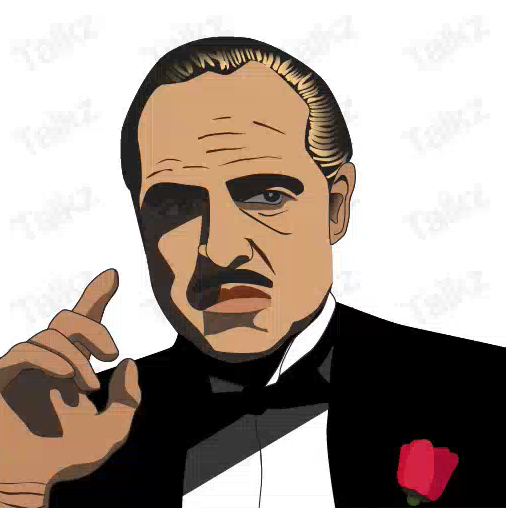